This, I hope is excellent news. Arcade was one of the great literary lists of the 20th century. Was fortunate enough to meet Richard Seaver at a couple of Frankfurts (though never quite managed to disengage any of his backlist for Northwestern...), Not everyone may know that he, along with the wonderful Austryn Wainhouse, was the translator of the works of the Marquis de Sade. Let's hope that Tony Lyons, an excellent publisher himself. Here is link to the Skyhorse press release.

TECH TRENDS:How Publishers Can Use Foursquare

I have been wondering about Foursquare and what possibilities lurk within it for publishers. MediaBistro have some suggestions which might be interesting, though it sounds like a lot of work for a publisher (except perhaps a travel publisher..) though good fun for the user. Especially perhaps for more unusual guides, like one of my favorite ones on the Beats in New York.
Interested to know if any publishers are actively using Foursquare?

How Publishers Can Use Foursquare
Posted by Nick W-W at 11:32 AM No comments: Links to this post

Books They Don't Want You To Read - Famous Brit Authors

from the MobyLives blog, a nice story about when co-operation doesn't mean authorised and why Martin Amis doesn't want you to read about his life...and sad that when the big authors and their agents go into bat, not much a small publisher can do to stem the tide, libel laws being what they are in the UK.


Amis sics the Jackal on small UK publisher to kill biography
Posted by Nick W-W at 1:34 PM No comments: Links to this post

TECH TRENDS: WHAT GOES AROUND COMES AROUND

Many centuries ago, publishing was essentially the province of booksellers... now, the advent of POD machines and the lack of attention of many publishers seems to be reopening that particular door once more. This is an interesting model, one I think could be added to by an Espresso Book Machine, allowing customers to purchase any public domain (or any other book available through the service). It reinvigorates the indie bookstore, cuts out the expensive supply chain that has so decimated the profitability of the print book, but still supplies real books to actual people in a way that I still firmly believe is a model a vast number of readers appreciate.

BOOKS - WELL FOREWORDS - THEY DON'T WANT YOU TO READ!
This does rather suggest that a whole bunch of people at Penguin didn't actually know much about the classic they were reprinting..it's just not enough (note well Google) to scan pages and dump them out there. Penguin Classics too of all imprints...
Penguin pulps Lolita after axing fictional foreword | theBookseller.com
Posted by Nick W-W at 10:17 AM No comments: Links to this post

Books They Don't Want You To Read - Anti-Putin book seized

Russian police seized 100,000 copies of a book critical of Prime Minister Vladimir Putin that activists planned to hand out at the Saint Petersburg International Economic Forum.


http://www.telegraph.co.uk/news/worldnews/europe/russia/7833181/Police-seize-100000-anti-Vladimir-Putin-books.html
Posted by Nick W-W at 10:23 AM No comments: Links to this post

Books They Don't Want You To Read: Egyptian Publisher Detained

It seems unwise to publish books supporting the opposition in Egypt as there seems to be mounting fear of opposition gathering around Nobel Peace prize winner ElBareidi. Publishers aren't usually the ones arrested though, so this is particularly troubling for all opponents of censorship. It seems he has subsequently been released, so one assume this is meant as intimidation. This from The Guardian 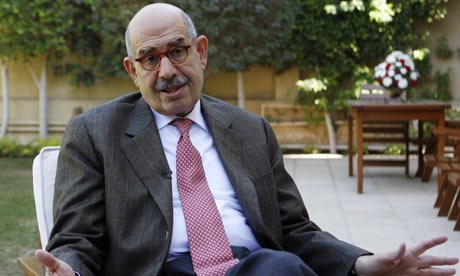 Mohamed ElBaradei, the former head of the United Nations nuclear agency. Photograph: Asmaa Waguih/Reuters Photograph: Asmaa Waguih/Reuters/Reuters
The whereabouts of an Egyptian publisher who recently released a book lauding former UN nuclear watchdog Mohamed ElBaradei remained unknown last night, after his kidnap by security officials on Saturday morning.
The arrest and disappearance of Ahmed Mahanna has fuelled fears among opposition activists that the government is stepping up its crackdown on dissenters as ElBaradei's campaign for political reform gathers momentum.
"We're fearful for the safety of all the young supporters who are campaigning for genuine democracy," said Alaa al-Aswany, the bestselling author of The Yacoubian Building who has backed ElBaradei's call for change. "Those that are famous are in a position to defend themselves against the regime, but ordinary people are open to being victimised by the government."
ElBaradei, a Nobel Peace prize winner who has emerged as an unlikely challenger to the 28-year rule of President Hosni Mubarak, has spent the last few days ramping up his public appearances after an interview with the Guardian last week in which he called on the west to end its support for Egypt's "sham" democracy and other oppressive Arab regimes.
The 67-year-old used his online Twitter feed to condemn Mahanna's incarceration, claiming "the detention of a publisher of a book about me and my ideas of reform shows a repressive regime afraid of its own shadow." Mahanna, who runs the Dawan publishing house and also works as a blogger, published a book last month by Egyptian journalist Kamal Gebrayal entitled ElBaradei and the Dream of the Green Revolution.
According to the Arabic Network of Human Rights Information (ANHRI), Mahanna's house was raided by security forces at dawn on Saturday. The publisher has not been traced, but an Egyptian official confirmed to local media that he had been placed under arrest and that copies of the book were being confiscated. "The housebreaking and arrest of a publisher for a book about ElBaradei ... clearly shows the intention of the government to gag all dissenting voices," said ANHRI in a statement on Saturday.
ElBaradei has whipped up a media storm since his return to Cairo in February thanks to his highly public criticisms of the ruling NDP party and repeated demands for a "constitutional revolution" in one of the region's most stagnant political landscapes.
On Friday hundreds of supporters flocked onto the streets in the Nile Delta town of Mansoura, where ElBaradei launched the first stage of a national tour designed to spread his message of change.
"What I saw today doesn't need words and it reveals an overwhelming and burning desire for change among the Egyptian people," he announced to cheering crowds. "We are all partners in change, which won't take place until each one of you feels that he is responsible for change."
Meanwhile, it has come to light that Mahanna may have been released. The disclosure came from a police source speaking to the Associated Press news agency on condition of anonymity.

Nick W-W
Reflections, predictions and trivia on the industry - after 30+ years in book publishing on three continents, time to share my thoughts.

See My Profile on LinkedIn